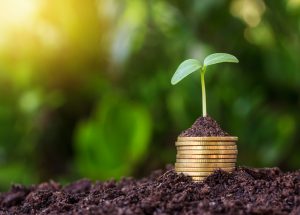 The Ugandan chapter of the Eastern and Southern Africa Small Scale Farmers’ Forum (ESAFF) has expressed dissatisfaction with the 2020/21 budget allocation to the agriculture sector.

The sector received a 0.3% (sh3.6b) increment to last year’s sh1.2trillion allocation, which the farmers say is so small. This was during a webinar discussion recently, on the question of agricultural mechanisation which the Forum says it is taking too long to be fully addressed.

They said the sector needs at least a 10% increment to try and work towards agro-industrialization, job creation, and social welfare.

They noted that agriculture is recognised by the government as a source of growth, employment, and poverty eradication by 2040 and contributes 22.5% to the National Gross product, according to statistics.

According to Ronald Bagaga, a legal, social, and economics researcher, allocation within the agriculture sector were also mis prioritised, especially in a time of the COVID-19 pandemic.

“Government increased allocations on almost everything and left out agriculture which is essential. Although we have seen an increment, it is a very minimal one to cause a change in the sector. Sector priorities have also been mismatched,” he said.

He said the budget allocated sh154.5b for policy, instead of focusing on research, crop production, and value addition.

Betty Aol Ochan, the leader of opposition in parliament, who attended the webinar said the country should try to leverage agriculture, which employs most Ugandans. She said they could also take advantage of the global trade which is struggling under COVID-19.

She said the budget should also have allocated support to farmer cooperatives to help farmers observe best practices, improve production, and also protect them from exploitation by middlemen.

She said farmer cooperatives are critical ingredients in transforming agriculture, as they offer a group of organised farmers rather than the individual approach to access funding, technology and markets.

She said the government should also address water for irrigation and set up silos to ensure food security during and after the COVID-19 pandemic.

“Although we have some tractors at the district level, they are very few and expensive for farmers, especially the smallholders who produce most of the food,” she said.

“We want the government to prioritise agriculture, and also fulfill the Maputo declaration of the 10% budgetary allocation to the sector,” Aol said.

She said modernization of agriculture is one of the biggest challenges facing the country and cannot be mainly undertaken by the private sector.

Margret Macido, a small-scale farmer from Adjumani said it is disappointing to see that at a time when the sector is faced with floods destroying gardens, desert locusts, and weather changes, the government has only given the sector a 0.3% increment.

She said agriculture plays a substantial role in addressing economic growth and poverty reduction and should as such be given due attention by all stakeholders.

She called for a revision of the budget, to align it to the realities on the ground, following the outbreak of the COVID -19 pandemic, and the opportunities the sector presents in the economic recovery of the nation.